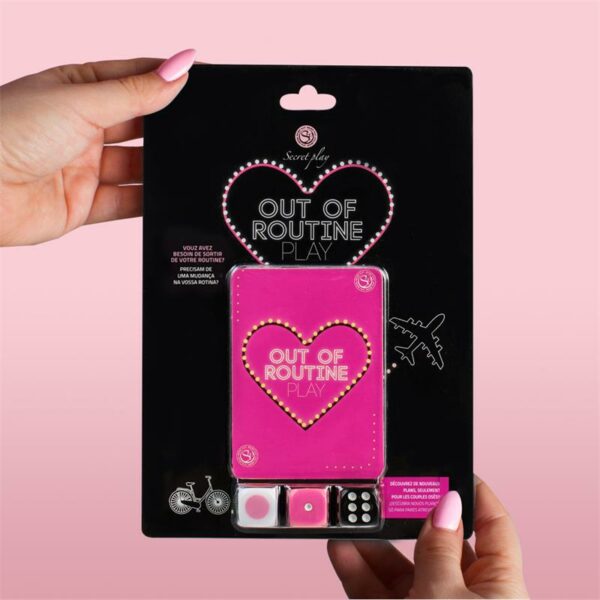 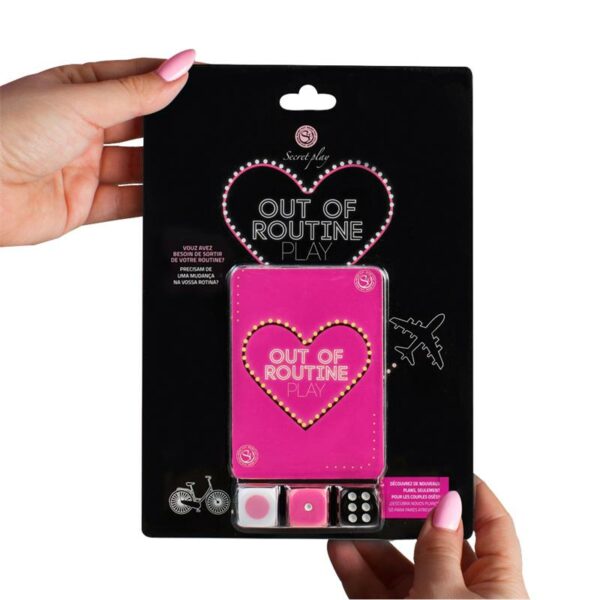 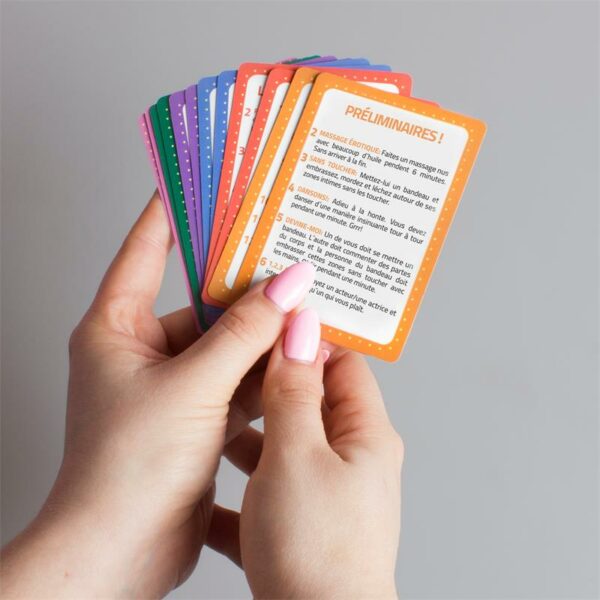 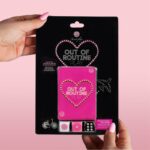 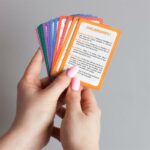 Game Out of Routine (FR/PT) 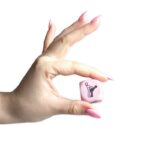 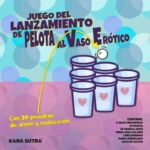 Game Out of Routine (FR/PT)

Designed for couples who want to improve their relationship. Roll the die and exit the routine. Whoever gets the highest number starts. In the dice you will see some colors, which are what indicate the type of test to be performed. Some very romantic in Viva el Romance, others more sensual with Lets Make Plans. To get out of the routine Lets leave the house. The most sexual acts with Preliminaries or Al Grain! And to enjoy the spiciest Prize! To know what activity we will launch the two numeric dice. (For example, if the sum of 10 points in the dice and the skills in the type of test is awarded PRIZE! Or it will play the test 10. TO EAT!). In HAGAMOS PLANS and SALGAMOS DE CASA we will not carry out the tests at the moment. But do not worry! The evidence is saved and within a period of less than a week. 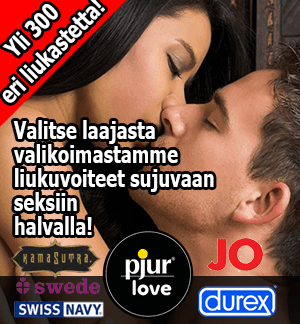